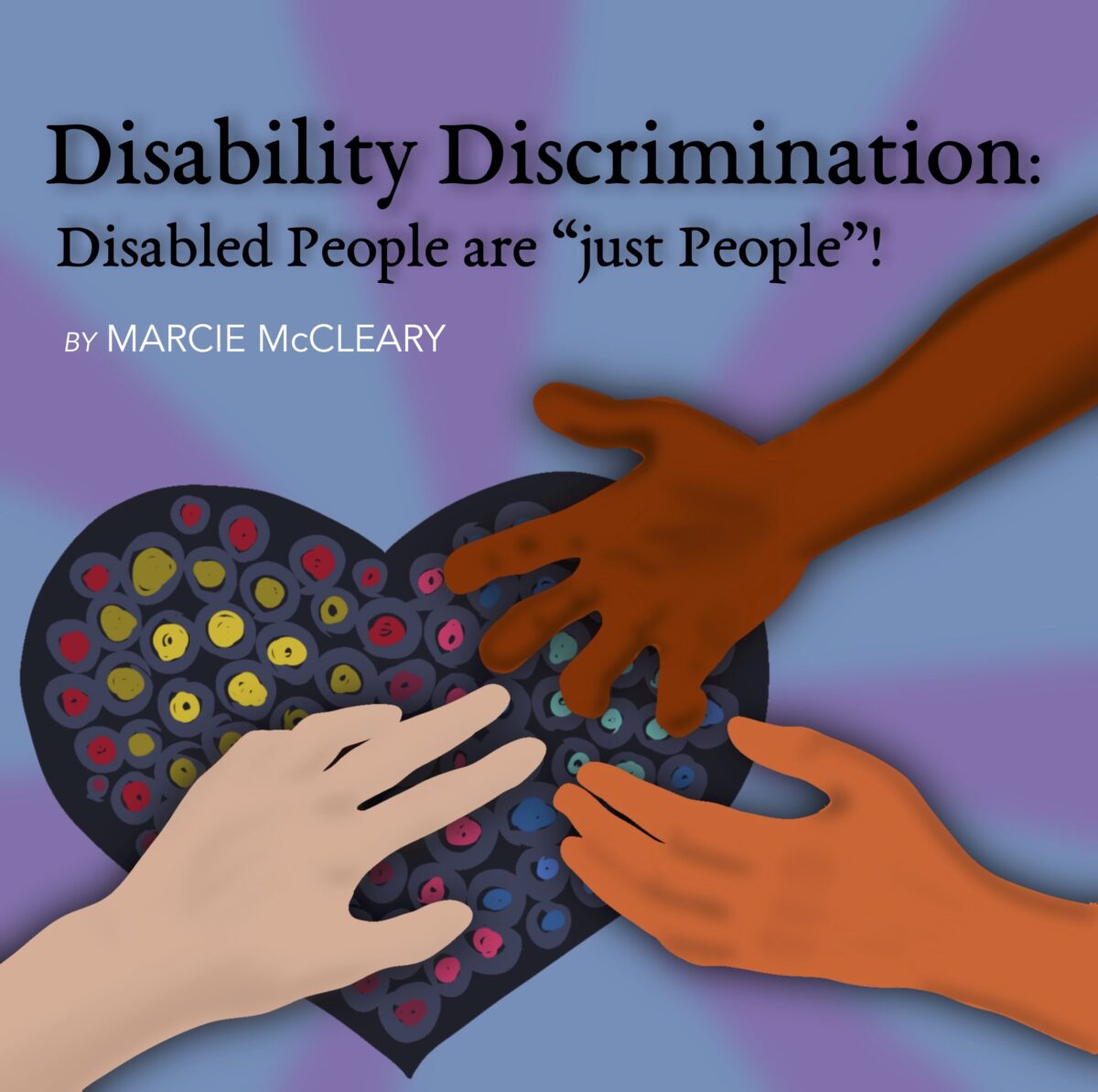 Wow, I was so excited! This was the first trip I’d taken in a LONG time! And it was a girl’s get-a- way! My best friend and I were flying to Santa Fe to stay with a very good high school friend I hadn’t seen in more than 40 years!

Of course we were all older now. On top of age, I had been diagnosed with a rare neurological disease and was losing the strength in my legs. So, Connie and I planned on using my lightweight, manual wheelchair to get me around the airports and for sightseeing in Santa Fe.

As “normal” as I felt, I soon learned that others did not see me that way.

At the airport, the airline staff responded to me in different ways. Some acted super sweet and concerned, calling me “sweetie” and trying hard to help. Others looked away and pretended they didn’t see me. When we landed in New Mexico, I had an odd experience. The airline attendant in the airport did not talk to me at all. In fact, she acted like I was unable to talk or understand what she had to say. So she only directed her questions to my friend, and asked “are you making a connection or going to baggage claim?” and “do I need to get someone to push her?”  Maybe I’m oversensitive about having to use a chair, but the response of the airline people cast a shadow over my vacation. This experience also made me realize how our society tends to treat people in wheelchairs and/or with physical disabilities in general.

It seems there are various ways people respond to those with disabilities.  Maybe it’s time to think about this issue. As a recently disabled person, I’ve noticed that some people literally look down at us, choosing to ignore us, or act as if we must have other disabilities, i.e. we’re deaf or mute or mentally challenged, which is usually not the case at all. Others overdo it and treat us like we’re totally helpless children. There has to be a happy medium here. How about acting like disabled people are “just people who happen to have a disability”? Rather than ignoring us or making a huge fuss over us, how about just including us”? And, hopefully, in this time when so much of the world is suffering, how about treating all people warmly and directly?

Like this airline person, I’ve noticed others who seem very uncomfortable around people in wheelchairs. A more recent encounter clearly displays disability discrimination. I was at a medical appointment at a rehabilitation hospital. When I was done, I contacted Lyft to get a ride home.

It took the driver a while to get there and, when he did, he drove by me (in my wheelchair) slowly but did not stop or attempt to talk to me when I tried flagging him down. In fact, he refused to roll his window down or talk to me at all. When the valet approached his car, the driver rolled his window down a little bit and the valet asked him what was going on. The driver said “I might be able to fit her wheelchair in, but I’d rather not give her a ride.” The valet was surprised and asked “are you saying you won’t give her a ride?” The driver said “No, I won’t.” The valet asked him to leave the premises, which he did. This whole experience left me breathless! What had I done to deserve this kind of treatment? The fact that I was at a rehab hospital should have clued the driver in but, clearly, it did not.

Eventually, another Lyft car showed up to drive me home. The car was about the same size as the previous one, and the new driver had no problem fitting my foldable chair in the trunk. When I got home, I emailed Lyft to tell them what had happened. There was no apology but they did refund the $5 charge for a “missed ride” and said they would not pair me with that driver in the future!

I don’t know what the solution is, but I do know that our society has a general problem when it comes to dealing with those with disabilities.

An even larger issue for those of us using wheelchairs is accessibility.

Obviously, there are places (cities, streets and buildings, etc.) that are not accessible for wheelchairs. My experience in Santa Fe brought this issue to the surface. As an older, very historical town, the streets, sidewalks, and curbs were hard to navigate, and my friends had to help me.

I think accessibility in new construction is paramount. Steps, narrow entryways or hallways, heavy doors, and high elevator buttons are usually too difficult for us to deal with. Restaurants with all booths, high bars, or tight seating need to think about how they can make their facility more inviting and approachable.

Lastly, I would just say I think our society as a whole needs to be kind and inclusive of everyone, no matter our situation or differences.